Felt like I stepped into a dream last night as we walked through the Chihuly exhibit at the Denver Botanical Gardens. The lights, color and reflections of this area were like a fantasy land.  Thought I’d share it for the Dreamy photo challenge. The women in our group loved the colors and designs but the men wondered “why?” and how all the huge glass had been shipped in. Funny how we are different 🙂 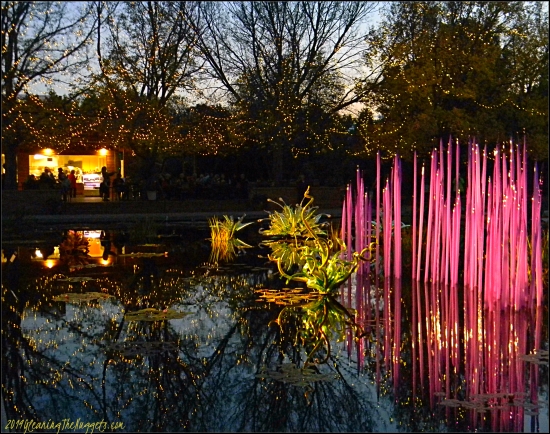 He had a dream in which he saw a stairway resting on the earth,
with its top reaching to heaven,
and the angels of God were ascending and descending on it.
Genesis 28:12

Found such joy at the Chihuly exhibit at the Denver Botanical Gardens. I was awed by the colors and the shining beauty of the blown glass intermingled with the breathtaking flowers, all in full bloom. Wow. If you ever get the chance to see his work, don’t miss it, go.

Until I made peace with God I never experienced joy. I thought I had…my wine made me happy and numbed my hurts. I partied hard and thought I was having a good time. But there is nothing in this world like the warm, melting, sweet peace of God way, way down deep in your soul. Better than any drink or drug. I took a big swig of that love-joy this Saturday as I “enjoyed” this fabulous display of man-made and God-made art. Delicious.

So that by God’s will I may come to you with joy and be refreshed in your company.
Romans 15:32

A cast reproduction of Michelangelo’s David at an exhibit in Denver. He was so fabulous, I couldn’t stop shooting…

“This very day God is handing you over to me. I’m about to kill you, cut off your head, and serve up your body and the bodies of your Philistine buddies to the crows and coyotes. The whole earth will know that there’s an extraordinary God in Israel. And everyone gathered here will learn that God doesn’t save by means of sword or spear. The battle belongs to God—he’s handing you to us on a platter!”

That roused the Philistine, and he started toward David. David took off from the front line, running toward the Philistine. David reached into his pocket for a stone, slung it, and hit the Philistine hard in the forehead, embedding the stone deeply. The Philistine crashed, facedown in the dirt.

That’s how David beat the Philistine—with a sling and a stone. He hit him and killed him. No sword for David!

It’s amazing, as a woman, to see how men love to construct things. Something deep in their hearts compels them to BUILD. There are many styles and sizes…architects, engineers, carpenters, brick layers, plumbers, even musicians, painters…there’s an endless list of jobs for men to roll up their sleeves and build something GREAT.

As a small example, Boettchler Hall in Denver, below. When I asked why those crazy discs were hanging from the ceiling, I was told the sound waves bounce off them and back into the concert hall to improve the acoustics. Now who thought that up? I love it!  And they work; after listening to the symphony, my body and soul were reverberating from that glorious music.

It’s astounding what men can build out of rock, wood, metal and water. How they come up their brilliant ideas and actually implement them is miraculous, even according to the Bible. The Tower of Babel story speaks of the genius of men when they get together as a team to build their dream:

Now the whole world had one language and a common speech. As people moved eastward, they found a plain in Shinarand and settled there.

They said to each other, “Come, let’s make bricks and bake them thoroughly.”  They used brick instead of stone, and tar for mortar. Then they said, “Come, let us build ourselves a city, with a tower that reaches to the heavens, so that we may make a name for ourselves; otherwise we will be scattered over the face of the whole earth.”

But the Lord came down to see the city and the tower the people were building. The Lord said, “If as one people speaking the same language they have begun to do this, then nothing they plan to do will be impossible for them. Come, let us go down and confuse their language so they will not understand each other.”

If all the men of earth got together, NOTHING they could think of would be impossible for them…that’s a pretty amazing statement. That’s how great God made us. No wonder men slip into humanism or the temptation to think they are gods. I guess God mixed up our language to keep us just a tad humble 🙂 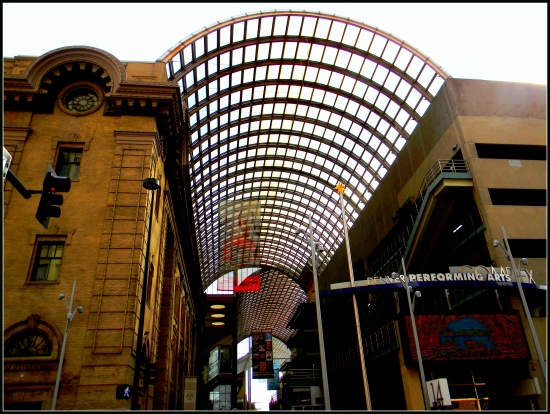 The Daily Prompt is “Dreams”. How appropriate, I went to the Colorado Shakespeare Festival’s performance of “A Midsummer Night’s Dream” just last night. It was fabulous! As for my dreams, at the ripe age of 50, God is resurrecting my childhood dreams of the arts.  I wanted to write and act when I was young and I’m being given another chance to do that after many years of being in business. I’m so grateful!

Noelle stared out the window at the rain.  She hated the steady, slow downpour of Kentucky rains and the rising mist they drew from the ground.  She was alternately amazed and disgusted that it could rain this way for hours, bucket after bucket unloading itself.  How could the clouds possibly hold so much rain?  They were heavy with it, their bloated bellies drooping so low she felt they were all around her, suffocating her, not above her, where they should have been. It was June, summertime, so where was the sun? In disgust, she turned away from the dark, rain streaked window.

Excerpt from “The Nugget of Truth”, my book which is coming as soon as I can let go of it…!  I think I can, I think I can…

Sculpture in Vail, Colorado for the Fleeting photo challenge.

Now listen, you who say, “Today or tomorrow we will go to this or that city, spend a year there, carry on business and make money.” Why, you do not even know what will happen tomorrow. What is your life? You are a mist that appears for a little while and then vanishes. Instead, you ought to say, “If it is the Lord’s will, we will live and do this or that.” James 4: 13-15 NIV

I’ve been learning that life is fleeting.  We often realize that as a result of tragedy…allow your sorrow to spur you, not to bitterness, but push through it to the lesson, which will make you stronger. I lived my life as a unbeliever for 33 years and during those years, try as I might, I could never figure out how to do that.  But with the Holy Spirit living inside of us, we can forgive, be healed of the loss, grasp the lesson, and move on. Everyone has pain…it is the privilege of the Believer to reap a great harvest from it. Life is fleeting, don’t miss it!

As a follow up to my first post after visiting the Gardens on Spring Creek in Fort Collins, Colorado, here is my second post. I massaged these photos a bit, too. Very fun place! 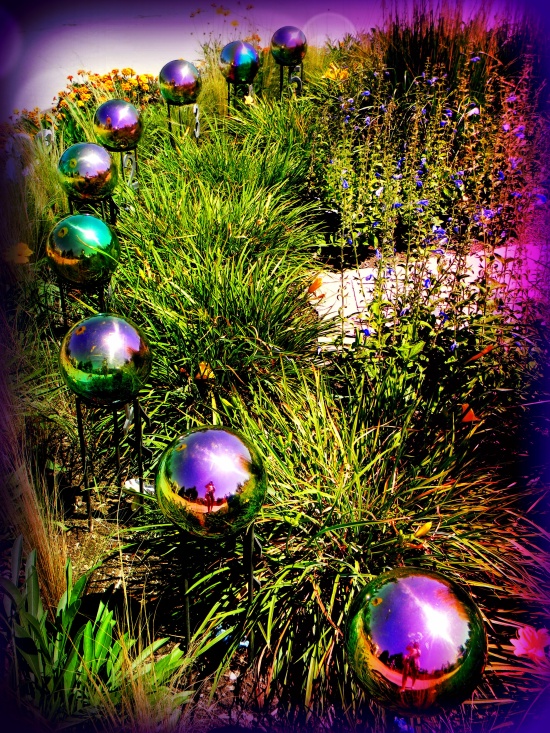 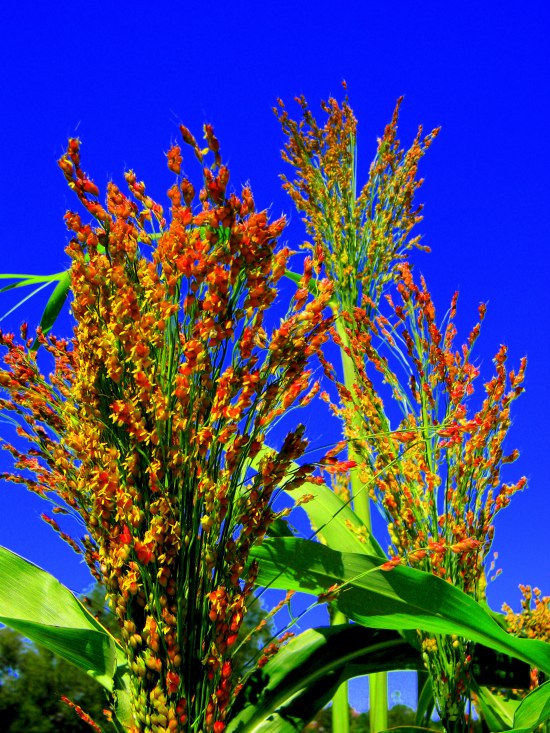 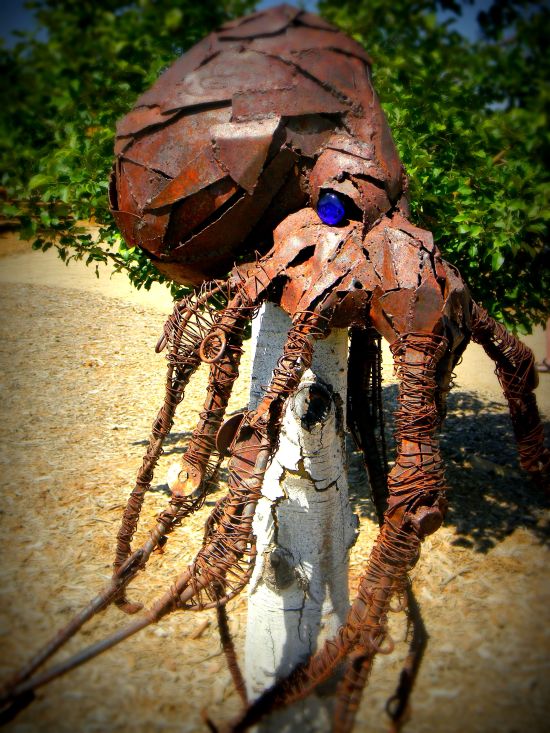